It’s really, really wet at our house, and it’s cold. Seems like all this rain should be snow. It won’t be long before that becomes reality, I’m sure.

I know I’ve already addressed my concern regarding all the sexual misconduct going on in the but since I get daily reminders about those who have offended someone, in some way, I’m compelled to just offer up my apologies for all the times I may have inappropriately bumped in to someone during the course of my life.

Now, about all those congressmen and senators who have been using a publicly funded cash account, hush money I’ve heard, to pay off those who may have been assaulted.

Before I take that any further, I’ve just gotta say that I honestly believe that the majority of our elected officials in Washington DC are good guys and it’s the minority we’re hearing about now. This Hush Money Account, however, has me concerned because it’s apparently something they all know about. If that’s indeed true, then I deem them all guilty for allowing that to happen even if they didn’t use it to pay someone off. It’s truly a sad state of affairs and, frankly, I’m getting pretty tired of hearing about it every day. Seems like the media could find something uplifting to report once in a while.

Once the legal system gets a handle on who used the fund and how much they used to pay off those with whom they practiced  sexual misconduct, those folks should pay back what gave away in addition to the previously mentioned $32K fee. It’s only fair.

Additionally, those who used the fund should be levied taxes on the money they gave away because they did so as if the money was theirs. That would be unearned income, like a bonus, which is taxed at around 48%.

Then there are those who received the pay offs. What about them? Personally, I think that taking the money makes them complicit and should also pay taxes on the portion of that $17M that was given away. Yes, I understand that they are the alleged victims but I suspect that’s not true for all of them. I bet some of them knew about that fund, also, and knew how to use it. That, of course, is just a guess and strictly my opinion. I haven’t heard anything about that on the news so it must be true that the victims are all just that. Victims. Still, taking a pay off for something stupid done to them by an ignorant, arrogant, elected official is, in a way, condoning the acts committed. That’s just another opinion.

Maybe someone from the IRS will jump in here somewhere and give me a hand. Until that happens, I’m moving on to something more interesting, and closer to home.

Our Grandson Cedric returned to his home port yesterday after completing his first deployment. He’s stationed aboard the USS Nimitz (CVN-68), the oldest nuclear powered super carrier still afloat. The Nimitz was one of the three carriers that took a cruise up the coast of North Korea toward the end of their deployment. What fun that must have been, right?

They are home safely now and Cedric’s Mom, Jennifer, and I drove up to watch the ship enter port and parallel park at their assigned pier in Kitsap Naval Base Bremerton, WA. Jennifer and I left St. Helens at 0800 and arrived about 1100. Parking turned out to not be much of a problem for some reason and we were able to get a spot only about a block away from all the festivities. Easy peasy. Then we walked to the pier and claimed a spot in the middle of the quay wall between the piers where the Nimitz would moor. We got there at noon after a leisurely lunch at the conveniently located Wendy’s on the base.

We joined about a zillion other folks where came to welcome the ship home. This was new for me because I was always the guy on the ship coming in to port. It was an extremely slow and interesting evolution. Parking an aircraft carrier isn’t a minor task. It’s all done in slow motion.

Jennifer was über excited to see Cedric again after the six-month deployment and we were there to take him home for a few days. He brought one of his shipmates home, too, and he’s currently palling around with her and his St. Helens friends. Yes, I said ‘her’. He brought a girl home. Shocking. It’s OK, though, because it was pre-approved by Jennifer. She’s a great young lady. When we met I told her my name was Jerrie but she could call me Senior Chief. She took it well but neither Cedric nor Jennifer saw the humor and severely chastised me while Elisabeth laughed.

It took a while to get off the base because of all the traffic so we parked in Wendy’s lot, had something to eat to tide us over for the trip home, and waited for Elisabeth to show up. We finally exited the gate around 1600 and arrived home at about 1930. In all, it was almost a 12 hour day for Jennifer and me. I used to be able to deal with stuff like that a lot better. Considering that I didn’t drive either direction you’d think I had it pretty easy, right? Well, being the Navigator is important business and doesn’t allow one to sleep on the job.

I’ll close with a bunch of photos I took of the day. Enjoy. 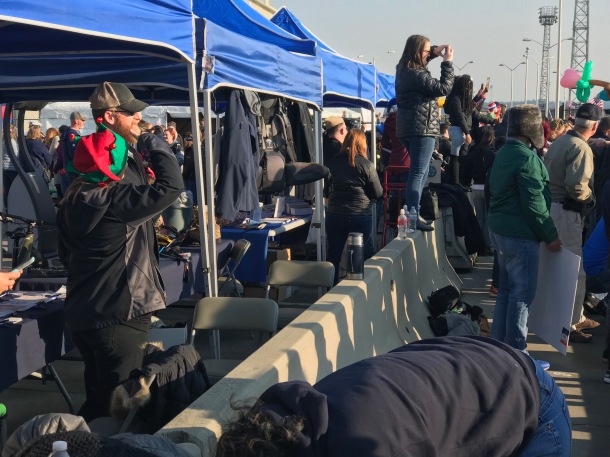 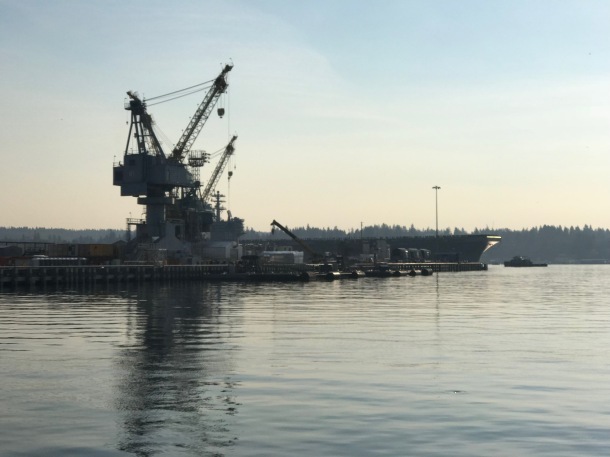 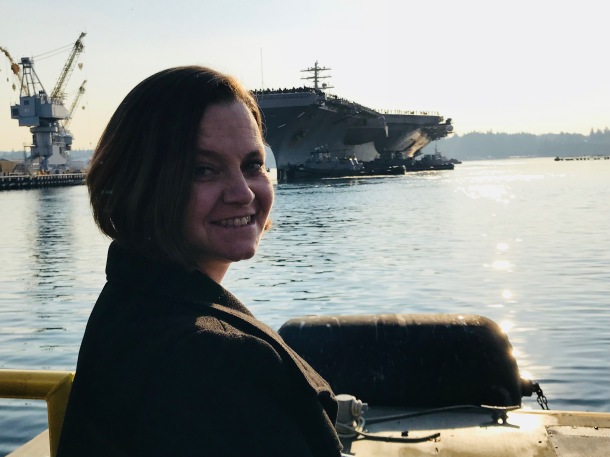 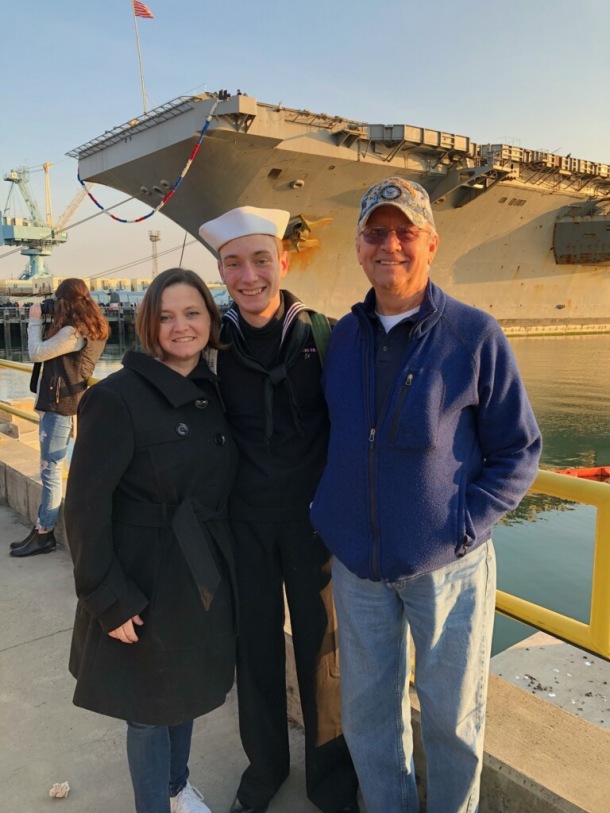