The truck is stuck for a while. I fiddled with the starter again this morning, inserting shims and making sure all the wire connections were tight. The last problem, yesterday, was that the starter motor gear was not meshing with the fly-wheel. Instead, it just made a soothing grinding noise as it whittled away precious metal required by a proper connection. The shims were a last-ditch effort to make it work. And, it did. I actually got the engine started, but it ran like a one cylinder John Deere tractor and quickly quit when I attempted to let it idle thinking I might have time to dive under the hood and adjust the distributer. Turns out it’s not a one-man job. I should engage an expert, but I hate bothering those guys. I should be able to do this.

During the course of installing the shims in the starter, one of the starter mounting bolts, which was still in the starter, resting comfortably against one of the rigid transmission coolant lines, lost it’s mind and dropped out. I suppose I should have taken it out, but I didn’t want to have to search around on the ground for it when I needed it. So, I left it in the hole. When it dropped, my face was in the way and it bounced right off one of my front teeth. because I had absolutely no way to dodge it. Picture this … the truck is about 8 inches away from the curb, the right front tire is low on air, and the exhaust on that side hangs down a few inches below the frame. That’s the side where I had to go to do this intricate work.

To get under far enough to reach the starter, I had to squeeze myself under the exhaust, and work with it pressing into my abdomen. All the while I’m working I’m sending kind thoughts to all the tires for not going flat because if any of them did, I would have been squished like an unwary ant on a sidewalk in front of a home in which small children live. Seriously. No one was watching me so dropping that extra six inches would have been the end of me. Dumb, I know, but I like living on the edge.

Now, teeth are tough customers and can really take a beating, but the bolt dropped about a foot before it hit. The damage is minimal, with only a little chipping on the biting edge which I smoothed up with an emery board at Diane’s suggestion. That worked nicely to remove the sharp edge of the chipped area making my inquisitive tongue less interested in the damaged area. Funny how that works, isn’t it? Tongues ignore smooth areas, but gravitate to the sharp ones like a magnet, especially new sharp areas. I guess our tongues are really a security system that ensures nothing gets passed them that isn’t authorized by the brain. If it’s sharp, the brain forces the tongue to investigate incessantly until the owner does something about it.

So, here’re the Bad News issues indicated in the title of today’s non-verbal soliloquy.

The Good News? After getting home from this futile effort, I made a sandwich, which will please Diane, and took another tour of the 1968 Truck Service Manual that I happen to have, thanks to Jeff. Way in the back I found an entire section on the windshield wiper motor which wasn’t there the first six or seven times I did this. I’ve been looking for the location of that motor for years because it has never worked. Ever. I just haven’t driven it on rainy days for the last 20 years or so. Then, there it was with instructions on where it resides, how to tear it apart, and everything. To ensure future access, I dog-eared the page. 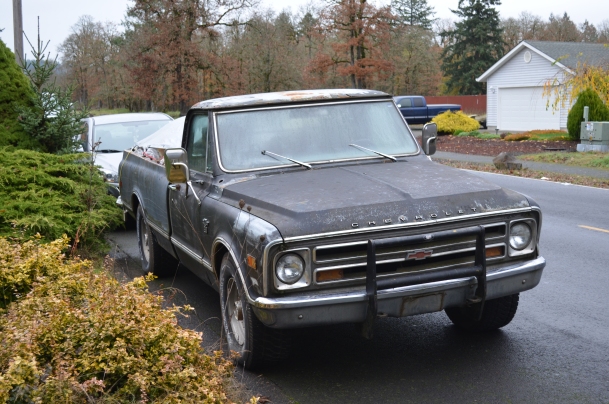 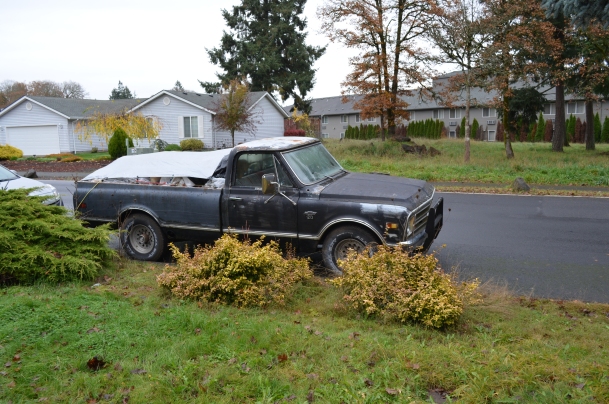