It’s 6:00 pm and I’m tired. I’ve been working all day to clean up the laundry room to prepare it for a fine finish. It’s been the “way it was” since we moved in and Diane’s getting cranky about the way it’s situated and the fact that the doors on her dryer and washer won’t stay open. So, along that line, here’s what I actually accomplished today…

I leveled the washer and dryer so the doors stay open. Oh, and I move the washer next to the dryer, which was pretty easy to do since I ripped out the laundry tub that’s been between them all these years. I’ll be curious to see how stable they are when Diane runs the first load.

I forgot to mention that the day before yesterday I snaked out the floor drain that was filling up and running across the floor. So, it should be good to go. I’m sure all of this is just making all of you giddy with excitement, right? Right.

Looks like PC, the porch cat, decided to go somewhere else to live since we didn’t invite her in permanently. Haven’t seen her in about 4 days. So, we’re sad. We liked having a porch cat and she was friendly. Not your run of the mill feral cat. She’s probably a two-timer and actually already lives at someone else’s house and just came here for her winter vacation. Now that it’s spring, she’s gone home. A snowbird cat. Go figure.

This morning I thought I was going to shift all the plumbing and electrical connections to another wall in the laundry room so we went to ACE to get the necessary parts. First we went to the St. Helens store, which didn’t have enough 5′ sections of PEX tubing, so we went to the Scappoose store which did. Doing that allowed me to do two things – visit with Jack, who was working, and get an education on PEX tubing, from Jack who was honoring his obligation as a … well … a Helpful Hardware Man. Just like in the ACE commercials. He’s got an ACE shirt and everything. I’m very envious.

After learning a lot of stuff about how the various PEX connectors work, I decided that, for now, I just need to get things hooked back up and build the wall before committing to the final move. So, we just bought an Ox Box, and a pair of Carharts suspenders for me. I decided that I’m no longer going to wear belts and Diane doesn’t like the suspenders I normally wear. They’re yellow and look like a really big tape measure. I like them, but I’m not allowed out in public with them on because it makes her skittish. Here’s what they look like …

Nice, huh? Oddly enough, this is what I look like when I’m making up stuff, but I don’t always have the suspenders on. You can’t tell by the picture if I have underwear on or not, but I do. Honest. Diane made sure before we left the house this morning. Also, I have more hair in person. Ask anyone.

There’s really not much else to share for today. I wish I had something clever that I could use to erase the image I have of Tom’s butt with a receipt stuck to it. Makes it hard to sleep.

4 thoughts on “A Hard Day In The Laundry Room” 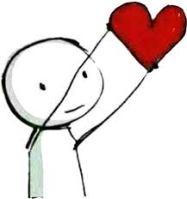